In 2018 the idea was born to create a flea market in Schlenzer. On 09.09.2018 the first Schlenzer flea market was held on the sports field with 5 sales tables, numerous visitors, the fire brigade provided with beer, cake and warm drinks. One year later, there were already 8 sales tables at the fire station and even more visitors. We hope to be able to continue this still rather short tradition soon after the interruption in 2020 and 2021 due to Corona.

Fires at Easter and on 3 October

The annual traditional bonfires at the fire station at Easter and at the former school building in Schlenzer on 3 October are highlights and permanent fixtures in village life. For many years, children and parents have met together with the fire brigade at the old LPG scales, now the “book scales”, to make a small torchlight procession with music through the village to the school. Drinks and food are always provided by the pub Zum Berg. 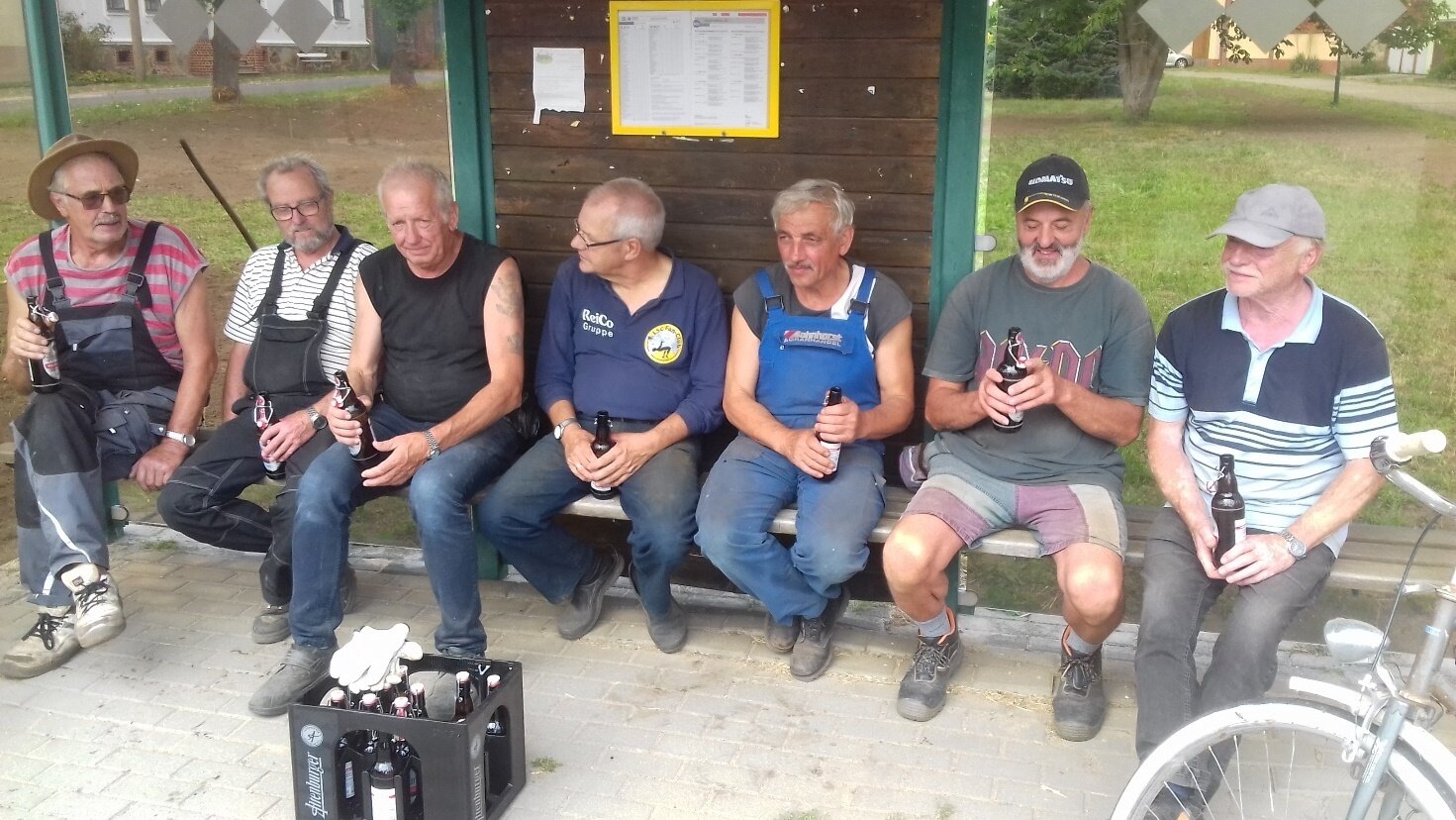 The small, often a little sleepy villages of the Niederer Fläming have always been more or less beautiful, quiet and clean villages. Every Friday or Saturday, the street or, if not available, the adjacent property in front of the house was swept or raked. If the neighbour had already finished, one had to follow suit, of course.

Later it became Subbotniks or campaigns like "Make our villages more beautiful, join in". The goal was the same, and playgrounds, parks or other things were also built or redesigned for the village. There were also sponsorships for green spaces and flower beds. Whereas otherwise only the neighbours were together, now it was often many inhabitants who helped to do something for their village.

After the unification of Germany, these large-scale activities were no longer carried out, not because no one wanted to participate, but because there was simply no money and often no company to help. Now everyone just swept in front of their own door.

Sometime 10, 15 or 20 years ago, however, the village community began to take care of the whole village again. Since then, many inhabitants have always been there with their tractors, trailers and other equipment, with rakes, brooms or hedge clippers. People get together, rid the village of the annual "beautiful" leaf plague and enjoy a beer brought by the fire brigade and a bratwurst at the end. Winter can come.

Since 2011, the lighting of the Christmas tree has been celebrated every year on the first Advent in the Christmas-decorated park. Visitors bring logs for the fire bowl so that no one has to freeze. With bratwurst, mulled wine, punch and cocoa for the children, everyone waits for Father Christmas to come and give the children small sweets. Then the candles shine on the tree. We are confident that we will be able to revive this cosy little celebration in 2021 after the cancellation in 2020 due to the Corona pandemy.

A good and long tradition in Schlenzer is the Christmas party for our pensioners and pre-retirees. This celebration is prepared with much love year after year. In the pub Zum Berg the tables are laid, decorated for Christmas, and the visitors are provided with cakes, coffee and other drinks. Children's groups, solo entertainers, brass groups, theatre groups and many others offer the visitors a wonderful afternoon.

But not only regular events show our "community activity strength". Many people from Schlenzer are also happy to lend a helping hand at short notice or urgently to solve a problem, to beautify the village or to support a larger event. A recent example is the new water pipe to the cemetery that was quickly dug by many hands with a small excavator and shovels after an accident - at 32 degrees in the shade! The conversion of the old LPG scales into the new “Bücherwaage” (book scales) was actively supported by many people in the village. The organisation of the MAZ Easter hike with almost 2,000 visitors in Schlenzer was a masterly top performance by all those involved. And now the old sportsmen's home is being renovated together.