When the Jagal natural gas pipeline was laid from the Polish border near Lebus via Baruth/Mark to Thuringia in 1999, the accompanying archaeologists came across a burial ground in the Schlenzer district south of the village. They were able to uncover 20 graves from the late Bronze Age on an area of 2,900 m2. Although a single Neolithic axe had already been discovered in the 1960s on the eastern edge of the village, the oldest find in the area so far, it was still a rather surprising discovery, as finds from the so-called Lusatian culture had hardly been known in our region until then.

"Nineteen cremations of various types, several features that presumably also represent graves, a vessel depot, a so-called circular ditch as well as other discolourations that could not be classified in more detail were documented." (Heidi Peter-Röcher, Manfred Roeder: Ein Friedhof der späten Bronzezeit auf dem Niederen Fläming In: Brandenburgisches Landesamt für Denkmalpflege und Archäologisches Landesmuseum Wünsdorf (eds.) Archäologie an der JAGAL Wittenberg 1999 p.38,39). Unfortunately, parts of the area had been destroyed during the earlier laying of an oil pipeline and by arable farming, so that the total area of the cemetery could not be determined. The associated settlement also remained unknown. It can be assumed that there were connections to the old trade route from the middle Danube region running only about 10 km to the east through Bohemia to the Elbe and through the Lusatian heartland via Dahme, Baruth and Köpenick to the lower Oder.

Another burial ground, just southwest of the village, is so far known only from aerial photographs taken by archaeologists and cannot yet be dated. As far as we know at present, there are no remains from the pre-Roman Iron Age, the Roman Empire, the Migration Period or the Slavic Middle Ages.

So there is still a lot to do for the archaeologists in Schlenzer.

All in all, the site, which is registered as an archaeological monument, comprises the German medieval and modern village centre with the church. 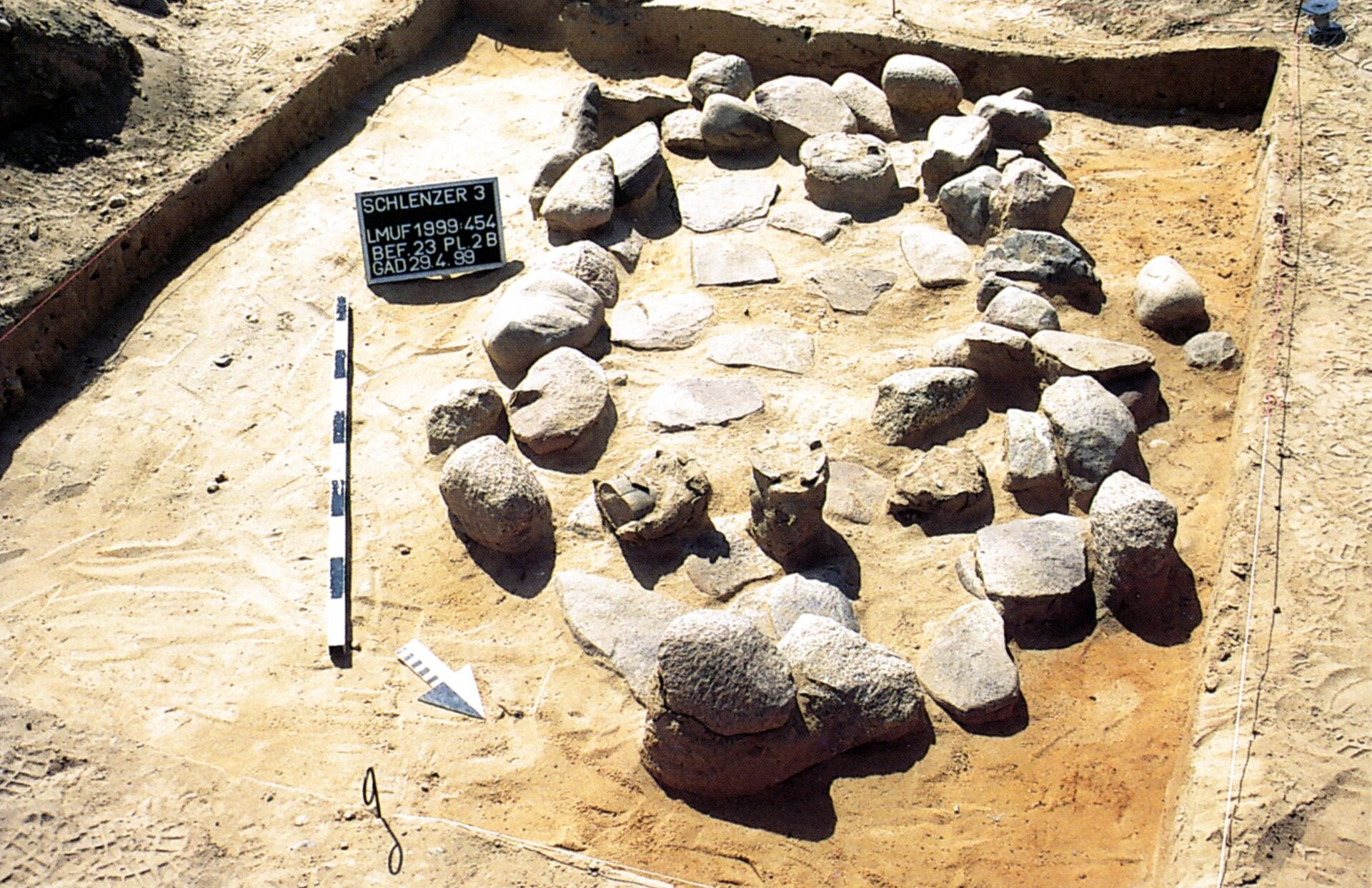 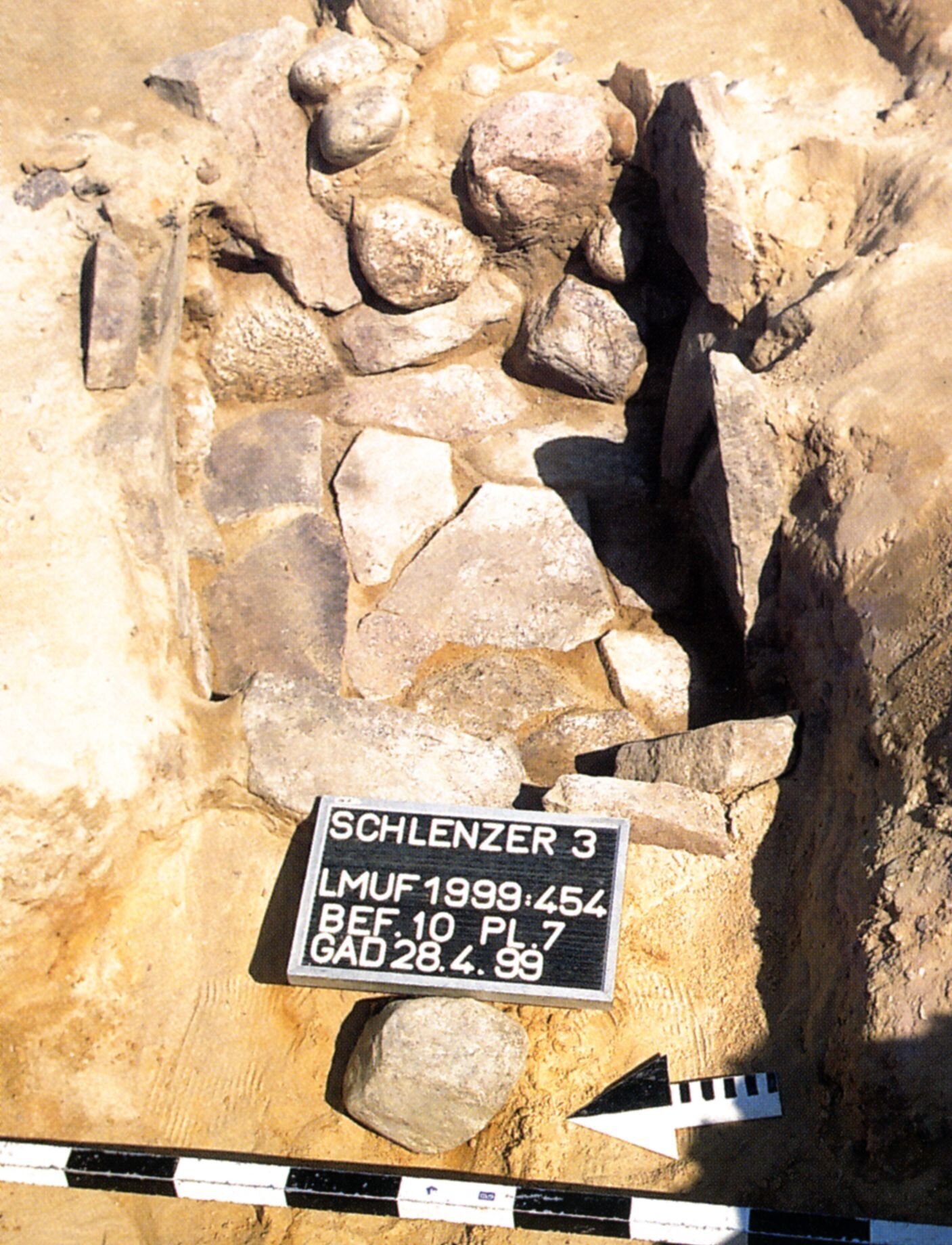