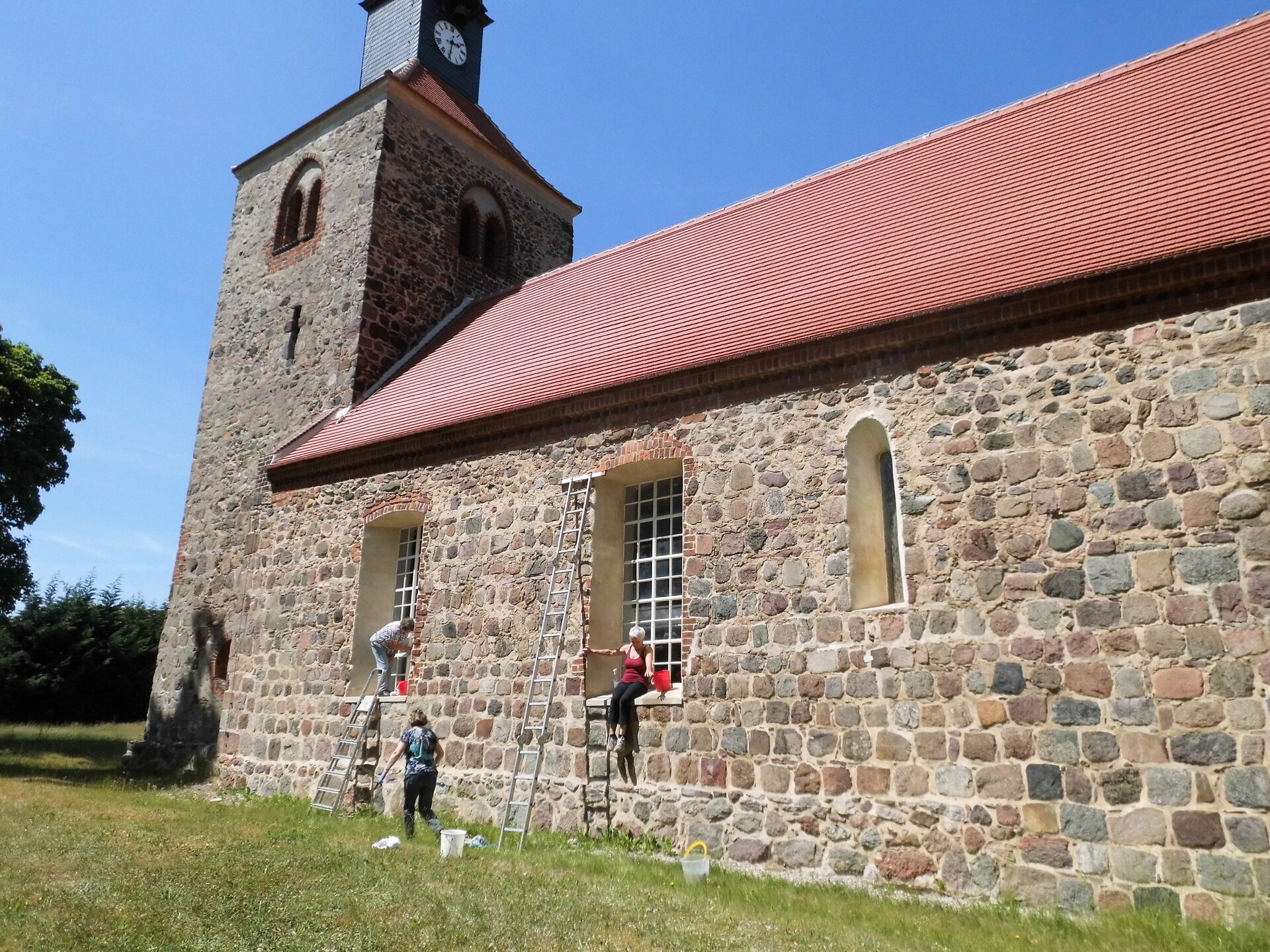 The church dates from early Gothic times - second half of the 13th century, but a roof beam of the choir could already be dated to about 1181. At first, the choir (altar room) was built and used as a chapel. The outline of the parish gate at that time can still be seen on the north side. Later, the square tower was added. The bell dates to 1483, which is also assumed to be the time of construction of the tower.

In the Baroque period, some alterations were made from 1753 onwards: the tower was added and the magnificent pulpit, built by Johann Angermann in 1726, was erected. The sound cover of the pulpit is particularly striking: a radiant sun as a symbol of Christ with the eye of God. The base of the pulpit stands on lion paws. The paintings on the pulpit depict the Christ child and the four evangelists.

On the altar there are acanthus ornaments as usual on Lutheran altars. The painting shows the Last Supper. The bible sayings on the back of the altar were read by the congregation during the Lord's Supper as they walked around the altar.

The organ in the south gallery was made by the Herzberg organ builder August Friedrich Moschütz. It was built in 1866 as a two-manual and largest organ by this master.

In 2020, two citizens of Schlenzer took the initiative to restore this unique cultural asset. With the idea of sponsoring the 41 front pipes, they collected donations from Schlenzerans and people connected with the village - with success: with grants from the monument authority as well as donations from a few more patrons, the considerable sum needed to restore the organ to its original condition has been raised. Now the organ, disassembled into its individual parts, is with the organ builder.

We look forward to hearing the Moschütz organ sound again from September 2021. And playing the organ is taken care of: in the meantime, the two restoration activists have trained as organists. 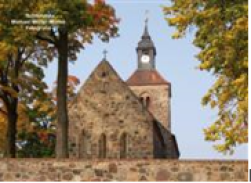 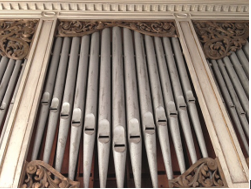 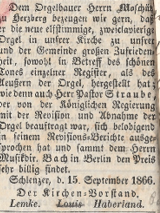