In 2014, the inhabitants of Schlenzer celebrated the 800th anniversary of their village. The first documentary mention of the village dates back to 1214; however, during the renovation of the church tower in 2011, a beam was discovered that could be dated to 1181. Like several other villages in the area, the village was acquired by the monastery Kloster Zinna, founded by Cistercian monks from the Rhineland in 1171. Schlenzer, also called "Schlenziger" or "Schlentzer", means "sun mountain" in Slavic.

The Reformation, triggered by Luther's posting of the theses on 31 October 1517 in Wittenberg, only 50 km away, also reached Schlenzer. Schlenzer has been Protestant since "Michaelis", 29 August 1533. At that time, Friderikus Dionisius, born around 1552, worked here and left important manuscripts in which he recorded historical and contemporary information on the history of his homeland until his death in 1626. He is buried here. His son Ambrosius continued this work.

During the Thirty Years' War, the village was burnt down and the inhabitants were killed or died of plague and hunger. In 1642 it is reported that the village was completely desolate (abandoned) and burnt down.

The village was rebuilt. The dwellings were often built solidly, but the barns were half-timbered. The walls were not built with lime, but with clay. The clay probably came from a hollow called "Lehmkite" (clay kite) on the northern edge of the village. Bricks were fired in two local brickworks. Schlenzer is not only rich in sand, but also in loam, clay and stones. Thus, for centuries, the potters of Jüterbog got their clay from Schlenzer. 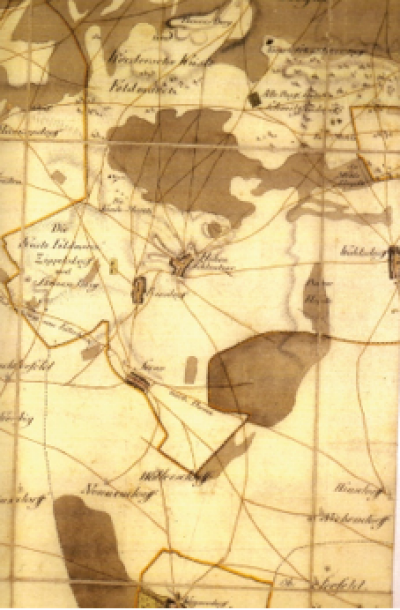 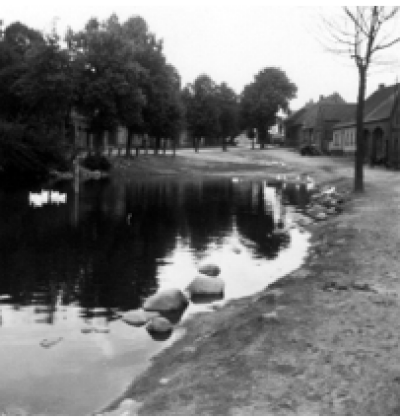 Around 1900, sheep farming took on an important role in village life. The shepherds and shepherdesses of Schlenzer played chorales and folk songs on woodwind instruments while the sheep foraged for their meagre food. House No. 7 was the shepherd's house, and close beside it stood the poorhouse. Today, the fire station of the Schlenzer volunteer fire brigade, built in 1932, stands on this site. The fire water was drawn from two village ponds, one of which was later turned into a park. Because of the clayey subsoil, the water did not run dry. Water for the cattle was fetched from the ponds with "dog carts" - hand carts on which barrels stood. Because water was always a problem in the high and dry Schlenzer, it was decided in 1900 to build a large, 80-metre-deep well at the Friedenseiche (peace oak) in the middle of the village. In 1921 Schlenzer was supplied with electricity. Now the last waterworks built on the Mühlenberg could be operated with electricity.

With the end of the Second World War, there was also a large influx of displaced persons and resettlers in Schlenzer, so that the population grew to 550 in 1946 with very cramped living conditions. Later, and especially after reunification, the number of inhabitants fell sharply and has now stabilised at just under 200.